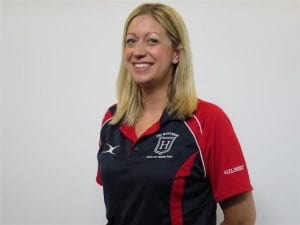 Alex started dancing at the age of 2½ at The Judith Hockaday School of Dance in Swindon, Wiltshire. She was extremely committed and quickly excelled in Classical Ballet, Tap, Modern, Jazz, National and Character. Alex progressed through the Grades and was suddenly taking all her Major Dance Examinations at the young age of 15 years old.

As a teenager Alex began to enter numerous Dance competitions all over England. She was awarded the greatest accolade by becoming the All England National Champion of Theatre Dance at the age of 14 and was a part of the winning All England Modern group who had the opportunity to perform at Sadlers Wells Theatre, London.

After her A-Levels, she successfully auditioned for a place at London College of Dance (Middlesex University) where she gained a BA(Hons) Dance. Alex has also gained her ISTD teaching qualifications and has taught dance at numerous Dance schools in London and Surrey.