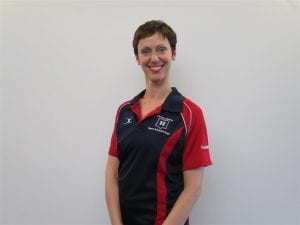 Charlotte graduated from Laine Theatre Arts, one of the foremost vocational colleges outside London, where she enjoyed the position of Head Girl in her final year.

She completed a three-year Professional Dance Performers Theatre Training Course, also gaining her ISTD teaching qualifications in Ballet, Modern & National Dance. Her Musical Theatre background enabled her to perform and travel to many destinations around the world.

Charlotte has also continued to study and further her teaching qualifications and successfully gained her ISTD Certificate of Dance Education & Diploma.

Her professional work included working for American company ‘Jean Ann Ryan’ performing as a Dancer/Singer on numerous different Cruise Liners. Work followed in Europe, including touring with an Italian company performing in Cole Porter’s Musical ‘Can–Can’ as well as working for Warner Brothers, to name but a few.

Charlotte worked as a Freelance Dance Teacher for many years, after her professional performing. This included teaching pupils of all ages and abilities at different Dance Schools, as well as in local Independent and State Schools. During this period she also choreographed for local music societies.

She currently runs the Extra Curricular Dance Classes at Independent School Dunottar, in Reigate, and is actively teaching in other Schools including Lime Tree Primary School in Merstham.

Charlotte is thrilled to be in joint partnership with Claire Taylor at the C & C Dance School, which continues to expand and thrive.

Charlotte continues to teach at The Hawthorns School of Dance after covering the ‘Head of Dance’ role while Tanya Greenwood was on her maternity leave. Charlotte is happy to be part of a busy dancing school and she enjoys teaching all ages and abilities.